January 21, 2020
All are invited to our Sierra Club 4th Thursday movie night as it returns this month with a 2014 Australian documentary Earth on Fire. This documentary was a feature on the Australian TV series Catalyst which is similar to our NOVA series on PBS. Earth on Fire explains why we have a worldwide rise of mega-fires and  how this rise is going to impact life as we know it throughout the world. The film is particularly prophetic because it aired before the mega-fires of recent years including (to list just a few) - Indonesia (2015), California Camp Fire (2018), Siberia (2019), and the Australia bushfires (2019-20) 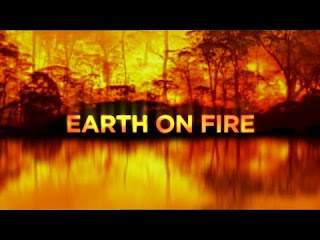 Meet for drinks, snacks, and conversation on Thursday night at 7:00; movie starts at 7:30. We will gather at the home of Ann and Mike, 110 Seville Blvd, Lafayette, LA 70503. If you have questions call Mike at 337-852-3668, Please do invite your friends.
Environment Lafayette Community